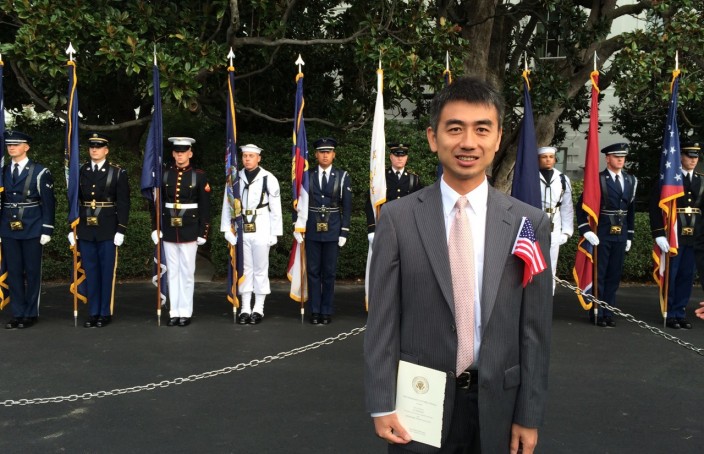 Fengtian Xue, PhD, assistant professor in the Department of Pharmaceutical Sciences (PSC) at the School of Pharmacy, received an invitation from the Chinese Embassy in the United States to attend the grand welcome ceremony for Chinese President Xi Jinping at the White House on September 25.

Xue, who immigrated to the United States from China in the early 2000s, watched with pride from the South Lawn as President Barack Obama and President Xi stood next to one another while a military band played the national anthems of both countries and honored Xi with a 21-gun salute. The celebration marked President Xi’s first state visit to Washington since he took office in 2013. 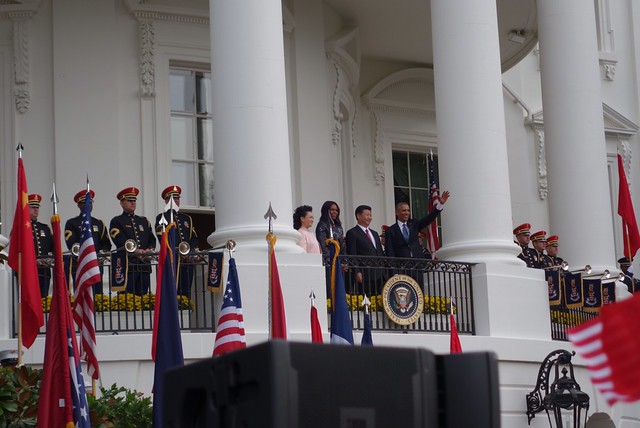