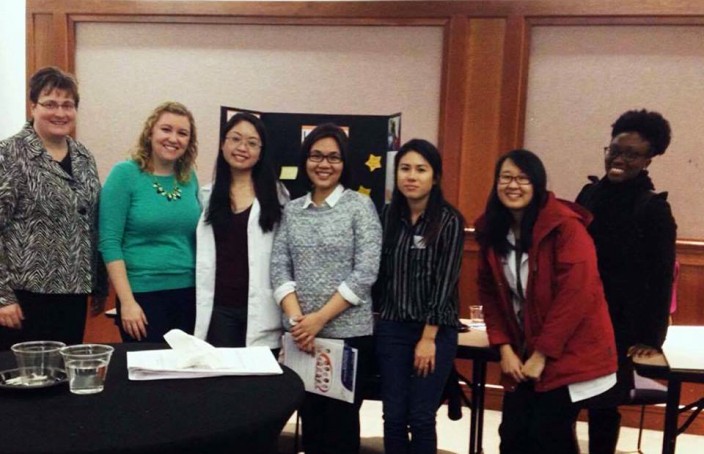 After coming face-to-face with many situations in which patients questioned the importance of vaccinations – most notably the Flu Shot Clinic hosted at the Universities at Shady Grove (USG) in October, during which a number of individuals remarked, “My immune system can fight the flu,” or “The flu shot gives me the flu” – students from the University of Maryland School of Pharmacy’s American Pharmacists Association-Academy of Student Pharmacists’ (APhA-ASP) Operation Immunization and the School of Public Health at the University of Maryland, College Park (UMCP) decided to collaborate on an event to help raise awareness about the importance of childhood immunizations. Held in February, the event was called “Tots, Shots, Connecting the Dots: The Truth About Childhood Vaccinations,” and featured a panel with three guest speakers followed by a resource fair.

As future health care professionals, students at the Schools of Pharmacy and Public Health understand why immunizations such as the flu shot, adult Tdap (tetanus, diphtheria, and pertussis) vaccination, and the wide range of available childhood vaccinations are essential in protecting the general population from potentially life-threatening viruses. We are also well-equipped to dispel the myths that often surround these lifesaving immunizations, which is why we decided to collaborate to host an event designed to educate other students and adults about the fundamental role that vaccinations play in ensuring the health of our community, particularly in light of recent immunization-related public health crises, such as the measles outbreak that occurred at Disneyland in 2014.

Held at USG, “Tots, Shots, Connecting the Dots: The Truth About Childhood Vaccinations” was attended by approximately 60 students from different undergraduate and graduate schools. The panel discussion included Sara Bazaco, PhD, an epidemiologist with Booz Allen Hamilton; Amy Costello, MD, a pediatrician, and the School’s own Jill Morgan, PharmD, BCPS, associate professor and chair of the Department of Pharmacy Practice and Science (PPS), who specializes in pediatric pharmacy.

Along with the other panelists, Dr. Morgan offered background information about vaccinations, explained current myths surrounding vaccinations, emphasized the importance of getting vaccinated, discussed the process of vaccine development, and concluded with an emphasis on adhering to the childhood vaccination schedule. The panelists’ ability to engage the audience and their obvious passion for the subject made it a wonderful experience for all, and the question and answer session held after the panel discussion featured a number of thought-provoking inquiries from the audience. Representatives from Pfizer, the UMCP Health Center, and a number of student organizations, including APhA-ASP and the Pediatric Pharmacy Advocacy Group (PPAG), also graciously volunteered to further educate attendees and speak about vaccinations during the resource fair held after the panel.

The overall goal of this event was to encourage attendees to make informed and educated decisions about their health and vaccinations. We hope that participants had an opportunity to learn more about why vaccinations are needed in our community, and will become ambassadors for vaccinations who help spread the word about these lifesaving immunizations. 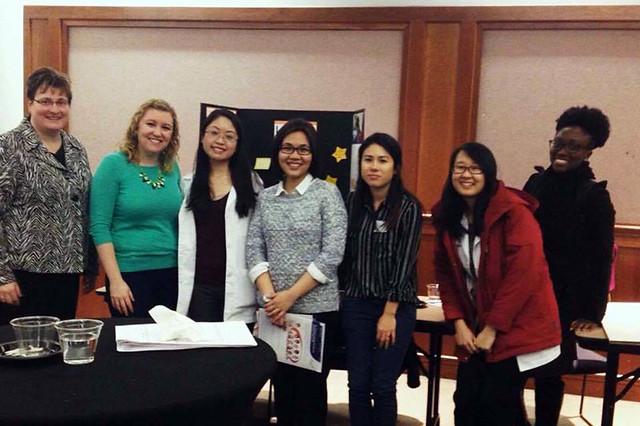