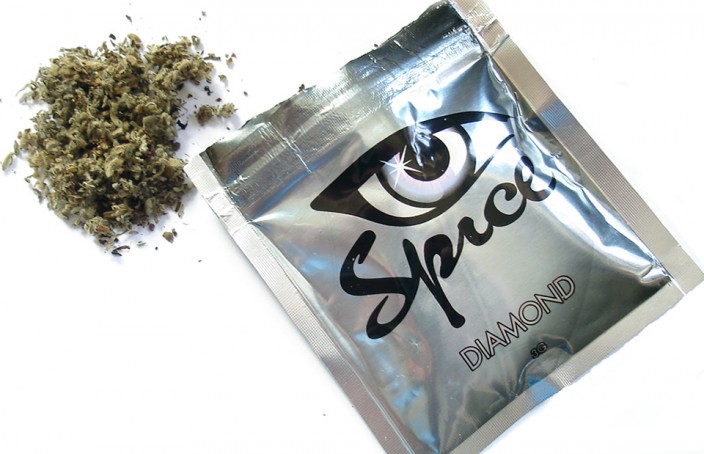 On July 12, more than 30 people from Brooklyn, New York were hospitalized after overdosing on what doctors believed to be synthetic cannabinoids. These synthetic drugs – also known as K2 or Spice – were originally developed to help researchers examine the effects of drugs such as marijuana in laboratory studies, and were never intended to be used recreationally. However, the use of these substances has risen in recent years, leading to an increase in overdoses across the country.

Below, Angel Bivens, RPh, MBA, CSPI, public education coordinator for the Maryland Poison Center (MPC) at the School of Pharmacy, and Lisa Booze, PharmD, CSPI, clinical coordinator for the MPC, answer some frequently asked questions about the dangers associated with these substances and what steps you can take if someone you know experiences an overdose.

What are synthetic cannabinoids?

Lisa: Synthetic cannabinoids are chemicals that are made in labs and packaged to be sold as a drug of abuse. They are also called “synthetic marijuana,” but they are not like marijuana in many ways.

Angel:  Usually, these drugs are manufactured in clandestine labs in China and bought by distributors in the United States and Europe, who spray the chemical on an organic material such as potpourri, herbs, or tobacco, and then package them for sale. They are usually labeled as “potpourri” or “herbal incense” to disguise the real use of the product, and the packages often say “not for human consumption.”

How do synthetic cannabinoids differ from marijuana?

Lisa: Synthetic cannabinoids bind to the same receptors in the body as THC, which is the active component of marijuana, but they bind more tightly. The increased strength of that bond results in different effects than we see with marijuana.

Angel: And, while there are blood and urine tests to detect marijuana in the body, such tests for synthetic cannabinoids are not readily available.

How do synthetic cannabinoids affect the individuals who use them?

Lisa: It’s difficult to predict what will happen when a person uses synthetic cannabinoids, because there are so many different synthetic cannabinoids and most have never been seen or used before. They are used for their psychoactive effects — including relaxation and mood elevation — like marijuana, but most of the drugs cause other effects not seen with marijuana that could be dangerous to the user.

Angel:  The effects of synthetic cannabinoids have also changed over time. As the United States tries to regulate the chemicals, the street chemists change them slightly to get around the law. Most synthetic cannabinoids have caused effects that are not seen with marijuana, such as extreme anxiety, confusion, paranoia, elevated heart rate, high blood pressure, fever, seizures, and more. On the other hand, some people have recently experienced unconsciousness with a low heart rate and low blood pressure. Kidney failure has also been reported.

Why are synthetic cannabinoids dangerous?

Angel: The buyer has no idea what is in a given package. Packages are not labeled with the contents and could contain any amount of a drug, even if the packages look the same.

Lisa: The effects of these drugs are also largely unknown since the chemicals have never been used or tested in humans before. The products can also contain multiple drugs, including drugs other than synthetic cannabinoids.

What should I do if I think someone I know has used and/or abused synthetic cannabinoids?

Angel: Do your best to educate them about the dangers of synthetic cannabinoids. There is no way to know what they are putting in their body with any given use.

Can the MPC assist individuals who have overdosed on synthetic cannabinoids?

Lisa: Yes! If the symptoms seem unusual or severe, or concern the user or a friend or family member, someone should call the MPC at 1-800-222-1222.The MPC is staffed by pharmacists and nurses with specialized training in clinical toxicology who will be able to determine if the person can be treated at home or if he or she should go to the hospital.

What should I expect to happen when I call the MPC?

Lisa:  All calls to the MPC are confidential and protected by the Health Insurance Portability and Accountability Act (HIPAA).  You should never hesitate to call for fear that you’ll be judged as overreacting or negligent, or that you’ll get in trouble.