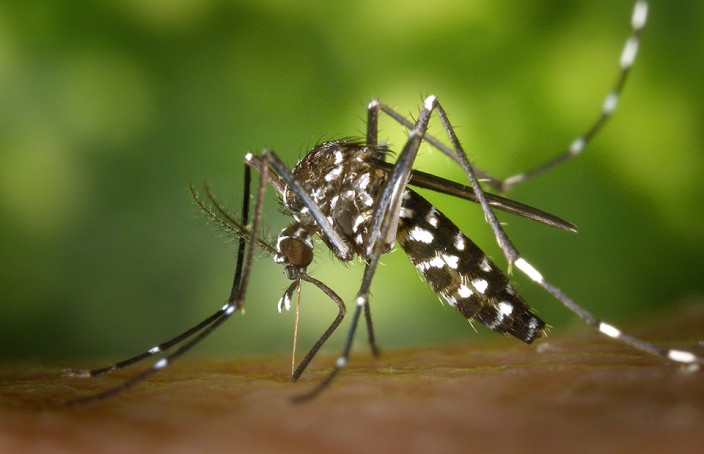 For many people, one of the more unpleasant experiences of summer is the increased presence of mosquitos and – you guessed it – the subsequent appearance of mosquito bites on arms, legs, and other unprotected extremities. However, with six confirmed cases of locally transmitted Zika virus reported in Miami, Fla., people in the United States have more to be concerned about than just the unrelenting itch of those bites. Primarily spread by the bite of an infected mosquito, Zika has been linked to birth defects and other potentially serious health conditions, and at this time, there is no vaccine or medicine to help protect against or treat the virus.

Emily L. Heil, PharmD, BCPS-AQ ID, assistant professor in the School’s Department of Pharmacy Practice and Science (PPS) and a clinical pharmacy specialist in infectious disease at the University of Maryland Medical Center, answers patients and health care professionals’ commonly asked questions about the virus and offers advice to pharmacists who might interact with patients who express concerns about the disease.

Zika is a virus that spreads through the bite of infected mosquitos. Many people who get Zika will not experience any symptoms, or if they do have symptoms, the symptoms will be mild and include fever, rash, and joint pain. The main concern with Zika is the potential for birth defects.

How do people get infected with Zika?

Zika is spread through the bite of infected mosquitos – the Aedes aegypti and Aedes albopictus mosquitos, specifically. Zika can pass from a pregnant woman to her fetus during pregnancy or around the time of birth. There are no case reports to-date of infants acquiring Zika through breastfeeding. Zika can also be spread through sex from a person who has the virus to his or her sex partner(s). And, there is a possibility that Zika can be spread through blood transfusions, as there have been cases of Zika transmission through blood transfusions in Brazil. Risk of Zika to the blood supply in the continental U.S., however, is currently very low.

What symptoms are associated with Zika?

Most people who get infected with Zika will not experience any symptoms. If people do experience symptoms, they are very mild and only last a few days. Symptoms are non-specific and include fever, rash, joint pain, and headache.

Why is Zika dangerous?

Zika is dangerous because of its potential to cause severe fetal brain defects, specifically a birth defect known as microcephaly, when contracted during pregnancy. Microcephaly — a condition where an infant’s head is smaller than expected — does not allow for proper brain development and can be associated with seizures, developmental delay, intellectual disability, hearing and vision problems, and problems with movement and balance. The Centers for Disease Control and Prevention (CDC) is also investigating a potential link between Zika and Guillain-Barre Syndrome (GBS) — a disease of the central nervous system that can cause paralysis in the most severe cases.

What areas have been most affected by Zika?

Zika virus outbreaks are occurring in multiple countries, mostly in Central and South America and the Pacific islands. The current outbreak began in Brazil in early 2015. At the time of this post, there have been more than 1,900 travel-associated cases and six locally acquired cases of Zika in the United States. The local transmission cases were reported from the Wynwood neighborhood in Miami, Fla.

Should I avoid traveling to those areas?

Pregnant women and their partners should avoid traveling to areas where active Zika transmission has been reported. Couples thinking about getting pregnant should avoid traveling to areas with active Zika transmission before consulting with their health care provider. Additionally, couples should wait at least eight weeks after returning from travels to these areas before trying to get pregnant. All women thinking about getting pregnant who have traveled to a country where Zika transmission has been reported should talk to their OB/GYN.

What should a person do if he or she exhibits symptoms similar to those associated with Zika?

If you experience any symptoms of Zika and have visited an area affected by Zika, you should see your health care provider to be tested for the virus. This is especially important if you are pregnant or thinking about becoming pregnant. There is no treatment for Zika other than symptom management by getting rest and drinking fluids to prevent dehydration.

What steps can people take to prevent Zika?

The most important thing you can do to prevent Zika is to avoid mosquito bites. The mosquitos that spread Zika bite most often during the day. Use an EPA-registered insect repellent, dress in clothing that covers your arms and legs, consider treating your clothing and gear with permethrin – an insecticide commonly used on clothing – and take steps to control mosquitos around your home, including using screens on windows and doors and emptying items that hold water, as mosquitos lay eggs near standing water. If you have traveled to an area where Zika transmission has been reported, protect yourself from sexual transmission by using condoms or other barrier methods.

As a pharmacist, how can I help alleviate patients’ fears about Zika?

Pharmacists can play an important role in educating patients about Zika by talking to them about prevention, specifically strategies to prevent mosquito bites. If patients have concerns about travel, pharmacists can help guide patients to other resources where they can seek out more information.

Where can I find more information about Zika?

The most up-to-date place to find accurate information about Zika is the CDC’s website at http://www.cdc.gov/zika/.