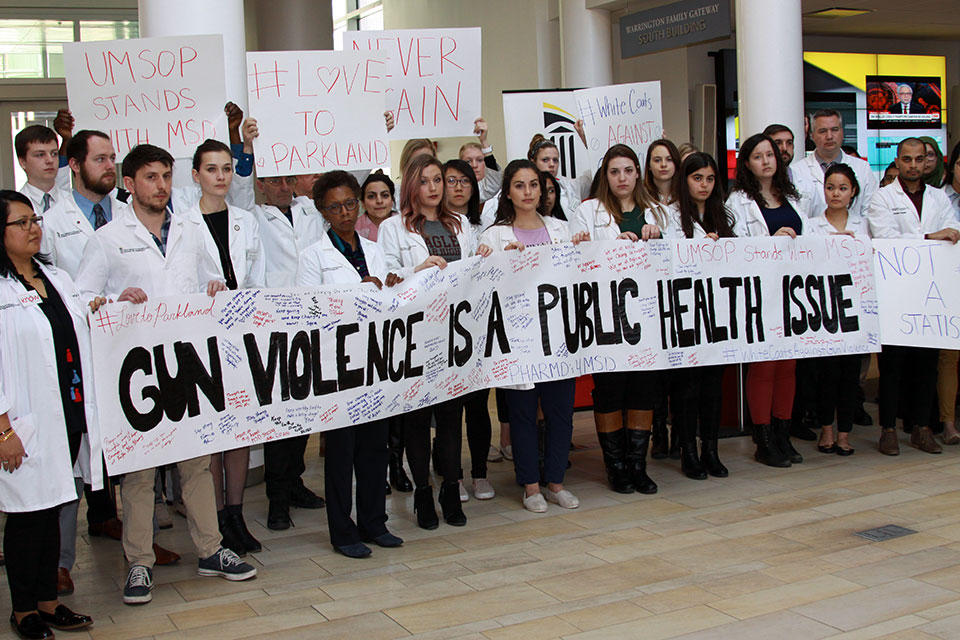 Feb. 14 — Valentine’s Day — is now tied to one of the saddest days in recent U.S. history.

On what was supposed to be a national day of love, Marjory Stoneman Douglas (MSD) High School — my alma mater — fell victim to one of the largest mass shootings in America. Seventeen lives were lost and many others were wounded, making this shooting worse than the one that took place at Columbine High School in 1999.

According to the Centers for Disease Control and Prevention’s (CDC) last complete report regarding firearm fatalities in 2013, more than 30,000 Americans die from gun violence every year, which is comparable to the number of causalities reported in car crashes. However, unlike car crashes, the federal government does not view or fund gun-related injuries or fatalities in the same way — as a public health crisis.

In addition, Americans currently own 357 million firearms, despite the fact that the country only has 317 million residents. The number of weapons owned surpasses the number of civilians in our nation.

The 1996 Dickey Amendment is also still in place. Lobbied for by the National Rifle Association (NRA), this amendment essentially prevents the Centers for Disease Control and Prevention (CDC) from using its funding to research the impact of gun violence on public health.

This information is absolutely alarming to me, and only helps demonstrate the immense need for change in our nation.

On March 1, I added my voice to theirs and organized a #WhiteCoatsAgainstGunViolence rally at the School of Pharmacy. It was great to see dozens of my colleagues show their support for the cause. Many took the time to leave a note on the banner that I designed to honor the lives of the students lost and wounded at MSD. We also came together to take a picture with the banner and other posters that we created to display messages of support, which I plan to send to my alma-mater.

At the end of the day, students at the School of Pharmacy are future health care professionals. When we put on our white coats, we accept responsibility for the care of our nation and the public health issues that plague it. Gun violence is a public health issue that needs to be addressed. I am thankful for the opportunity to have brought awareness to this issue through the #WhiteCoatsAgainstGunViolence rally at our School. I am also proud of the overwhelming support demonstrated by my peers and faculty.

As incidents of mass shootings become more commonplace in our nation, it is clear that action needs to be taken to keep our nation safe. Regardless of our individual political affiliations, I hope this is a cause that everyone can agree requires more attention. After attending the School of Pharmacy’s White Coats Against Gun Violence event, I hope my colleagues consider incorporating calls for new gun safety legislation into their own advocacy efforts.

To learn more about the rally held at the School of Pharmacy, you can read the University’s press release or view this seven-minute video that contains highlights from the event.

If you’re looking for a way to make your voice heard on the issue of gun violence, consider participating in the March For Our Lives in Washington, DC on March 24, when children and their families will take to the streets to demand that their lives and safety become a priority and that we end this epidemic of mass school shootings. 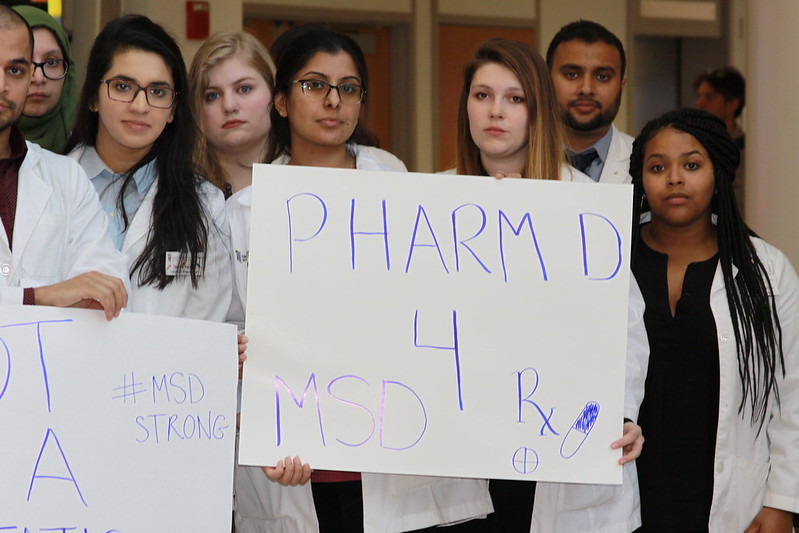