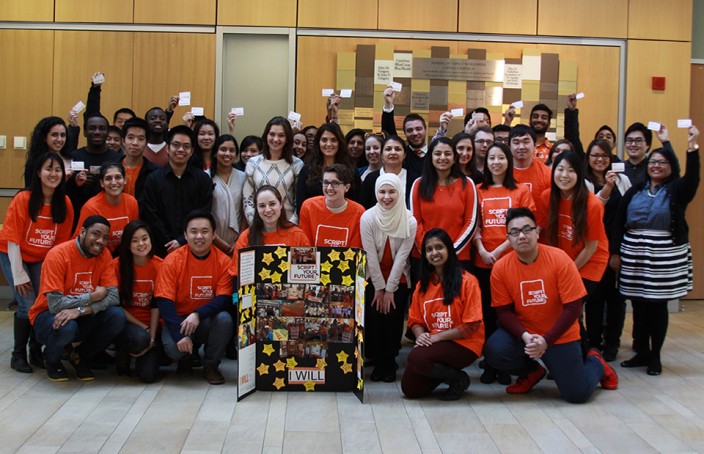 Each year, the National Consumers League (NCL) and its partners host the Script Your Future (SYF) Medication Adherence Team Challenge to encourage students across the health professions to raise awareness about the importance of medication adherence in the community. Because pharmacists are one of the most accessible members of the health care team, we can play a vital role in increasing patients’ medication adherence. With that in mind, I along with several of my peers at the School of Pharmacy, organized an interprofessional committee and launched a local campaign to encourage residents of the Baltimore community to take their medications as directed – a campaign that was nationally recognized by challenge organizers with this year’s SYF Creative Interprofessional Team Event Award.

The committee that we assembled to manage events for the challenge included student leaders from the Student Government Association at the School of Pharmacy, who also served on the executive boards for different class years and other student organizations. They were able to help us spread the word about the challenge and the various events that we would be hosting throughout the semester.

In addition, before diving into this year’s competition, we met with the student who coordinated last year’s challenge to learn about the successes of that campaign, as well as to discuss areas in which the campaign could have been improved. We then coordinated with the presidents of the more than 20 student organizations at the School, as well as student leaders from other professional schools at UMB, with students from the Schools of Medicine, Dentistry, Nursing, Law, and Social Work participating in multiple SYF events.

Bringing the Disciplines Together

For this year’s campaign, we expanded on previously successful events and launched a few new initiatives. We collaborated with the American Pharmacists Association-Academy of Student Pharmacists (APhA-ASP) for numerous events held during Million Hearts Week, which strives to promote healthy habits for cardiovascular disease prevention. We promoted medication adherence at a number of locations, including:

We also worked with several hospitals and community organizations to promote SYF events. For instance, we partnered with the Jacques Initiative – a program within the School of Medicine that serves patients with HIV – to attend their weekly HIV, Hepatitis C, and sexually transmitted infections (STI) screenings at a Walgreens specialty pharmacy in Baltimore. We also delivered a medication adherence presentation to residents at the American Cancer Society’s Hope Lodge and promoted medication adherence to patients at the outpatient pharmacy at the Johns Hopkins Hospital.

In collaboration with dental hygiene students from the School of Dentistry, we offered medication adherence counseling at student clinic visits. Students from both schools also offered medication adherence counseling to patients in the community. Later in the campaign, our committee joined Maryland’s other two pharmacy schools (and the Maryland Pharmacy Coalition to promote Script Your Future to more than 140 Maryland legislators during the Coalition’s annual Legislative Day.

Our committee truly worked hand-in-hand with students from the other professional schools at UMB to host a number of successful events promoting medication adherence in the community. There are no words to explain how rewarding it felt when — following months of hard work by dozens of dedicated health professions students — it was officially announced that our School would take home the award for Creative Interprofessional Team Event for the fifth annual SYF Medication Adherence Team Challenge. I look forward to sharing our team’s thoughts and lessons learned with next year’s committee to help ensure that our campaign reaches even more people living with chronic illnesses across Baltimore City and beyond. 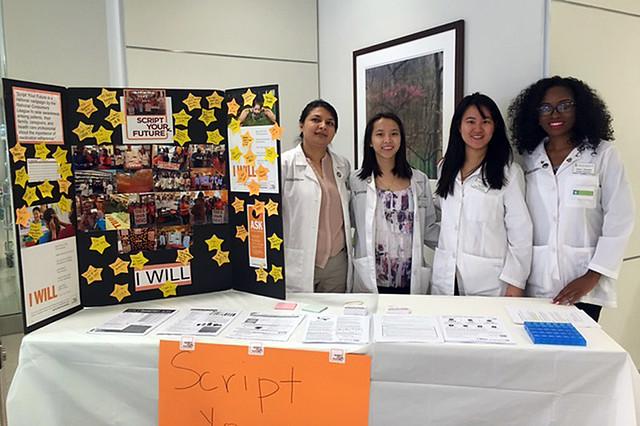