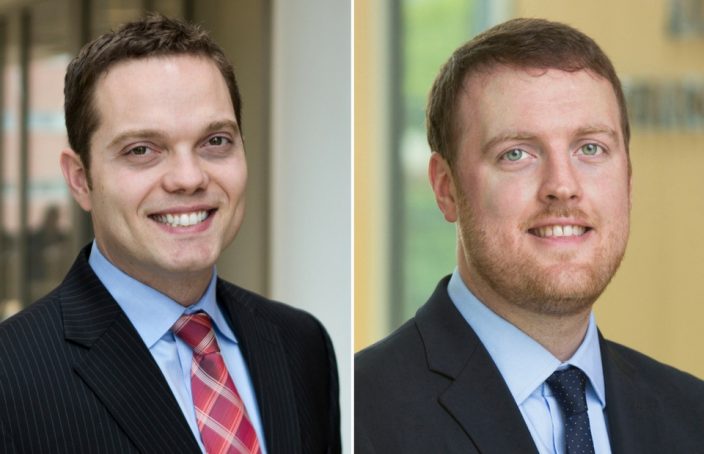 We can both remember signing up for Facebook when it first became available on our college campuses. At the time, only college students could join, and the platform provided a much-needed distraction from class. Today, social media (SM) has become an integral part of our daily lives as pharmacy faculty and we now use a variety of platforms, including Twitter, LinkedIn, Instagram, and more. Each provides us with unprecedented access to up-to-the-minute information and opportunities to connect with others in the pharmacy field. In this entry, we provide an overview of some of the advantages and disadvantages of SM, especially as it relates to pharmacy professionals.

First, SM has accelerated the distribution of information, which is particularly important for the fast-paced health care environment. Before the advent of SM, health care professionals relied primarily on journals and other periodicals, or continuing education provided at professional conferences. Today, the results of late-breaking trials are distributed across SM the moment they are published. In addition to the timeliness of information, SM platforms also provide a unique opportunity to curate news, allowing professionals like us to tailor our feeds according to our interest areas.

Second, SM has also democratized information-sharing in important ways. Previously, the ability to become a thought leader meant working at one of only a handful of prestigious research universities or having a decades-long track record of scholarly publications. Today, anyone can share their expertise, allowing them to build a following via SM. In this regard, SM has also allowed individuals to build their own personal brand, an opportunity that was previously only available to individuals with an agent or those working at an institution with dedicated marketing staff. Today, anyone can accomplish this with their own website (for example, ours are located here and here).

Finally, SM has also eroded other barriers to communication. Today, patients can interact with the institutions where they receive their care as well as with the professionals who provide it. For practitioners and researchers alike, SM also provides access to other experts in the field as well as limitless opportunities for collaboration. Previously, only the most well-connected individuals were able to tap into these networks.

Unfortunately, the benefits of SM do come with risks for pharmacists and student pharmacists, some of which are predictable and some that are not. Privacy concerns typically rise to the top of the list when engaging in SM. For clinicians posting about practice experiences, considerations regarding the privacy of patients should be a primary focus. A nursing student at the University of Louisville found this out first-hand in 2009 while commenting about an experiential rotation and was expelled on grounds of violating the honor code.1 While this nursing student was never found to have violated patient privacy, the thought of students sharing clinical experiences online may induce fear in preceptors who are ultimately held accountable for privacy disclosures. In addition to protection for the patient, practitioners engaged in SM should also consider personal privacy and security offered with each platform along with the impression one’s profile might leave with potential employers. An online persona can help (or harm) someone in the job market or cause problems for an employee unfamiliar with his or her company’s policies around SM.

Another challenge with the concept of “user-created” content on SM platforms is the potential for spread of misinformation or quality control. This has been in the spotlight recently as fake news posts have been targeted as influencing the US presidential election, leading both Facebook and Google to address advertisements on their sites.2 One study of epilepsy-related posts on Twitter found that 41 percent of posts were derogatory in nature, potentially increasing the spread of negative attitudes and stigma associated with seizures.3 Many of these posts were simply the user making fun of someone dancing by describing the act as a “seizure” in a tweet. In this case, the intended audience may have found the joke funny but the unintended audience (i.e., epilepsy patients or family members impacted by epilepsy) may be hurt or offended. This attempt at humor does come at the expense of an entire group of individuals who suffer from a disease, which negates the empathy we commit to as part of our oath of professionalism. Public posts may be shared or spread quickly to groups that were not originally the audience considered when posting.

Social media has the power to help pharmacists and student pharmacists connect to a different (and often bigger) audience than traditional means. Before becoming engaged in SM, consider writing down your goals or what you really want to accomplish with SM. Do you want to champion an advocacy issue? Or enhance your brand as a professional? Or just connect with friends to share fun photographs and comments? Once you decide on overarching goals, ensure that your use aligns with those goals. For example, if you wish to advance an advocacy issue or cause, constantly sounding off through posts on your own Facebook wall to an audience of friends that are likely to share similar views may not help convince those who oppose you or those who have the ability to enact change. If you want to have fun with friends without risking your professional reputation, consider making your accounts private to anyone who is not directly connected to you.

Social media can be used to achieve your goals, but small mistakes could derail you or your cause. Remember to consider your audience as well as the unintended audience that may also have access to your posts. In many cases, erring on the side of caution when posting may help prevent messages from losing their original context, but it is often hard to tell how posts can be misconstrued.