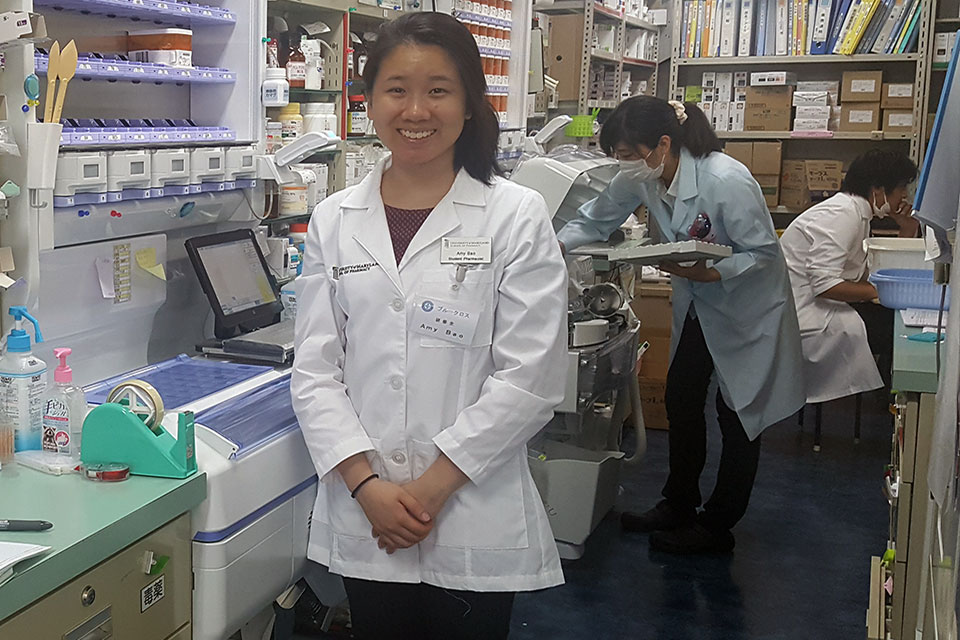 Editor’s Note: This post is the fourth in a series of Summer Reflections authored by student pharmacists at the School of Pharmacy who participated in study abroad experiences during their summer breaks.

As a first-year student pharmacist, I was initially overwhelmed by the number of student organizations and opportunities to get involved at the School of Pharmacy. During the first month of school, I attended all of the general body meetings (GBMs) and student panels I could to figure out which organizations might interest me the most. It was at the second GBM for the American Pharmacists Association-Academy of Student Pharmacists (APhA-ASP) that I first discovered the International Pharmaceutical Students’ Federation (IPSF), and its Student Exchange Program (SEP). After listening to the student panel share stories about their time in countries like England and Taiwan, I decided that I definitely wanted to take advantage of this opportunity during the free time I would have the summer after my first year.

An Opportunity to Broaden My Horizons

On my application, I indicated Japan as my top choice of countries in which I’d like to study abroad. I had just vacationed in Japan for two weeks before starting my first year of pharmacy school, and I enjoyed my time there so much that I wanted to go back. I was already familiar with some elements of Japanese culture, but I had never been exposed to Japan’s health care system. Despite having just spent the previous summer in Japan, I had never visited a hospital or pharmacy — I didn’t even know what the Japanese word for pharmacy was when I applied for this experience! In addition to gaining a better understanding of Japanese culture through learning about the country’s approach to health care, I wanted to learn some new aspects of pharmacy practice that I might be able to take back to the U.S. I also hoped to improve my Japanese language skills, since studying languages is one of my passions.

So Much to Learn, So Little Time

I was fortunate to have my application accepted by the Association of Pharmaceutical Students in Japan (APS-Japan). The program’s student exchange officer (SEO) reached out to me to provide more details about the program. My study abroad experience included two major parts: a four-day internship at a community pharmacy in Kouchi prefecture, which I would complete alone, and a two-week exchange program in Nagoya, where I would be placed with four other exchange students.

I spent the four days of my community pharmacy internship at three different locations of Blue Cross Pharmacy, an independent pharmacy chain. Although I was not able to work as a traditional intern due to language barriers (the prescriptions were written exclusively in Japanese, and some of the commonly prescribed medications are different from those we use in America), this internship was still one of the most insightful parts of my study abroad experience. I was able to spend the majority of each day talking to the pharmacists at each of the pharmacies. We talked for hours about the similarities and differences between some of the more complex aspects of pharmacy, such as insurance systems and pharmacy education, in our respective countries. I also had the opportunity to participate in hands-on learning with compounding ointments, operating the medication packaging machines, and providing patient counseling in Japanese.

The second part of my exchange program offered additional exposure to various sectors of pharmacy practice through visits to a community pharmacy; hospital; Pfizer’s manufacturing plant; the Japan International Cooperation Agency (JICA), a government agency that provides assistance to developing countries; and a skincare workshop with Shiseido. All of the exchange students — or SEPers, as we liked to refer to ourselves — were also required to prepare brief presentations about pharmacy practice in our home countries, which we presented to each other and the SEP staff. In addition to me representing America, the other four students had traveled from the Netherlands, Poland, South Korea, and Taiwan, so we were all able to learn a lot about how pharmacy is practiced in completely different cultures. The rest of our time was spent sightseeing around the city. We ate local specialties, sang at karaoke bars, did a lot of shopping, visited museums, and explored local shrines and temples. In those two weeks, I grew very close to the other SEPers, as well as the local SEP staff, who were also pharmacy students. Parting ways was bittersweet, but I still keep in touch with everyone online, and we will hopefully stay lifelong friends.

The Difference is in the Details

Looking back on this experience, I am extremely thankful to all of the staff for guiding me through the internship and exchange program, allowing me such a unique opportunity to experience what pharmacy is like in another country. The differences between Japan and America are almost impossible to count, but some notable contrasts that I learned about involved the insurance systems, pharmacy education, types of medications dispensed, and patient counseling. One of the biggest takeaways from my stay in Japan was learning about the principle of omotenashi, which is a concept of hospitality that is deeply engrained in Japanese culture. The term loosely translates to “looking after guests wholeheartedly” — going the extra mile to look after needs that guests might not even realize they have. Omotenashi is exhibited through various services that the pharmacy provides, such as dividing a patient’s medications into different packages according to the time of day they need to take them, providing services such as free tea and foot massage machines in the pharmacy’s waiting area, and spending more than 10 minutes to counsel every patient. To the Japanese pharmacists, these acts of consideration were an obvious part of patient care, and they were surprised to learn that pharmacies in America do not normally provide these same services. I think the concept of omotenashi is a very admirable part of Japanese culture, and could be very beneficial to incorporate into the patient care that we provide in American pharmacies.

Learning about how your profession is practiced in another country not only teaches you about the ways that you can improve those practices in your own country, but also makes you more aware and appreciative of how the profession operates in your home country. In addition to learning so much new information during the internship, I was able to connect with the pharmacists and students I worked alongside, making new mentors and friends. Participating in study abroad programs like SEP is one of the most valuable experiences a pharmacy student can have, and I would highly recommend it to any student who is able to take advantage of such an opportunity. 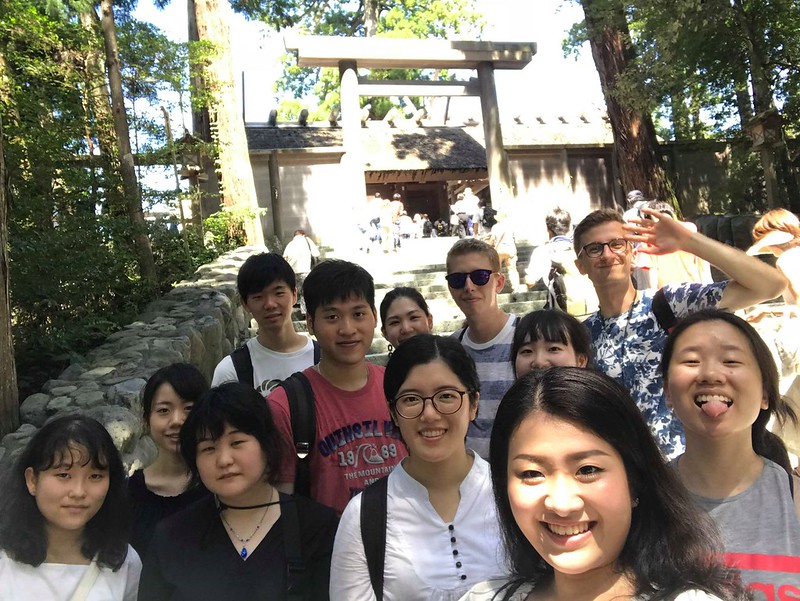