As student pharmacists at the School of Pharmacy, we are always finding new ways to get involved in improving patient care and raising awareness about important public health topics. Throughout Donate Life Month in April, a group of us collaborated with the Living Legacy Foundation of Maryland to raise awareness about the importance of organ donation to members of the School and local community.

To kick off the month, we held a lightning round question competition on Facebook, where every day we posted a question about organ donation and other students accrued points by answering the question quickly and correctly. Reaching more than 500 people, this event conveyed the impact of organ donation. First-year student pharmacist Leena Doolabh won the competition, and even she was surprised at the new knowledge that she gained from participating, as she remarked, “I couldn’t believe that one individual can give life to up to 8 other people!”

We also reached out to very diverse populations through tabling events in Pharmacy Hall, at the SMC Campus Center, the Spring Festival in West Baltimore, and various locations on campus. In addition to answering a question about organ donation for a prize, current donors shared why they chose to be organ donors, while others signed up to become donors if they felt ready to commit to that decision. From these events, it became apparent that many people are impacted by organ donation and transplantation. One woman at the Spring Festival even shared a heartbreaking story of her daughter’s best friend who passed away after her body rejected her transplanted kidney. A friend of mine, Teny Joseph, a first-year student pharmacist and coordinator of the Spring Festival, summarized our group’s feelings best when he said, “It was the unexpected moments like these that made our efforts with Donate Life Month worthwhile.”

The American Pharmacist Association-Academy of Student Pharmacists (APhA-ASP) general body meeting marked the midpoint of Donate Life Month. In an activity held during the meeting, members were handed a picture of an organ or tissue to represent the organ or tissue they “received.” Through this exercise, we were able to help others understand that of the 120,000 people on the waiting list, each person is somebody’s mom, dad, child, or friend, and that one donor can save up to eight lives. Following a video about the process of organ donation, Idris Yakubu, PharmD, and Jacqueline Clark, PharmD, transplant pharmacy residents at the University of Maryland Medical Center (UMMC), joined the meeting to answer students’ questions about organ donation.

As part of another ongoing event, a story booth was displayed in the Ellen H. Yankellow Grand Atrium in Pharmacy Hall. The “Superhero Story Station” celebrated the stories of Morris Murray and Morgan Yoney. Murray, who was previously diagnosed with HIV, recently received a liver transplant. Diagnosed with cystic fibrosis at a young age, Yoney is still waiting for a match for a lung transplant. Her story can be found on Facebook under Morgan’s Army. Another member of my class, Paul Algire, told me how precious it was to him to have an opportunity to participate in Donate Life Month. “My partner’s liver transplant three years ago was the catalyst for me to pursue a Doctor of Pharmacy (PharmD) degree. It was great to see so many reminders of that this month,” he said.

Later that month, on April 27, a stormy Wednesday was transformed into a Hawaiian paradise in Pharmacy Hall. Students showed up in their most festive Hawaiian shirts to honor Matt Gabriel, a close friend of Ashley Fan, a third-year student pharmacist and coordinator of the event. Hawaiian Shirt Wednesday was a goofy tradition that Matt started during his time at Goucher College. He was heavily involved in the Goucher College community and also a member of the men’s lacrosse team. Unfortunately, on his way home one night, he was hit by a drunk driver and rushed to UMMC. Despite the medical team’s best efforts, Matt passed away on April 14, 2014. A liaison from the Living Legacy Foundation of Maryland asked Matt’s family if they were willing to honor his wishes to be an organ donor. They agreed, and because of their generosity, his organs saved the lives of four people. Hawaiian Shirt Wednesday raised more than $300 for the Living Legacy Foundation.

All of these events were made possible by the dedicated work of students tirelessly advocating for a noble cause. Every step of the journey was motivated by the both heartwarming and heartbreaking stories from donors, recipients, and their friends and families. With generous support from the Living Legacy Foundation of Maryland, we reached more than 700 people through in-person events and social media, met 83 existing donors, and helped 11 new individuals sign up to become donors. But regardless of the numbers, we hope that our impact continues far beyond the quantifiable to help others understand the value of becoming an organ donor. 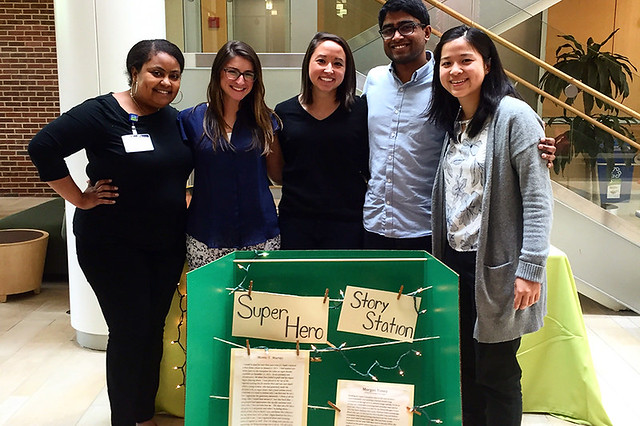