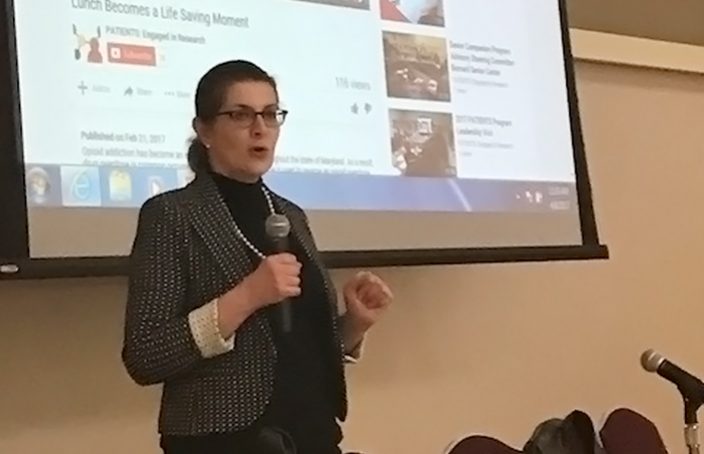 There is no question that the opioid crisis in Maryland has reached epidemic proportions. In the first three quarters of 2016, the state reported 1,468 unintentional deaths caused by substance abuse, with a majority of the fatalities attributed to heroin and fentanyl. In the same period, there were approximately 500 deaths reported in Baltimore City alone, an increase from approximately 300 the previous year. With overdose numbers this staggering, individuals working in public health and clinical health care have started to wonder what more can they do to address this problem.

Through the Emerging Leaders program, I met an individual from the School of Nursing who invited me to join the planning committee for the Baltimore Area Health Education Center’s (BAHEC) Interdisciplinary Training on Opioid Overdose. We organized an event titled “Empowering Students to End the Cycle of Addiction,” which took place on April 8, 2017. Students, staff, and faculty, representing the Graduate School and the Schools of Law, Medicine, Nursing, Pharmacy, and Social Work at the University of Maryland, Baltimore (UMB), came together to learn about the opioid epidemic in Baltimore City and to discuss their professional and personal roles in reducing opioid overdoses. Attendees also left the training certified to administer naloxone – a lifesaving drug that can reverse opioid overdoses.

Preparing Students to Save Lives

The day began with an eye-opening presentation from David Richard Fowler, MD, chief medical examiner for the state of Maryland, in which he presented data on the number of overdose deaths. He discussed the implications that this public health crisis is having on his office, noting that the increase in fatalities has caused a huge strain on his office’s human resources.

Next, Miriam Alvarez, the opioid education and naloxone distribution (OEND) outreach program coordinator at Behavioral Health Systems Baltimore, provided an inspired naloxone training. She engaged the audience by asking questions about their knowledge of opioids and their ability to recognize the signs of an opioid overdose. She stressed that while opioid misuse was once considered a low income, inner-city problem, it affects individuals from all walks of life, and we should all be prepared to respond in the event that we witness an overdose.

Representing the School of Pharmacy, Fadia Shaya, PhD, MPH, professor and vice chair for academic affairs in the Department of Pharmaceutical Health Services Research (PHSR) and director of the Behavioral Health Research Team, discussed the pharmacist’s role in preventing opioid overdose. She spoke about Maryland’s naloxone standing order, which allows registered pharmacists to dispense naloxone without a prescription and discussed different measures that pharmacists and pharmacies can take to ensure that they are actively involved in preventing opioid misuse, including an explanation of the risks of prescription opioids with patients and querying the Prescription Drug Monitoring Program (PDMP) before filling a prescription. Dr. Shaya closed her presentation by mentioning a variety of public health prevention programs on which her team works related to this issue.

Following the presentations, faculty from the medical, dental, and social work schools presented students with a case study that profiled a young man who began misusing prescription opioids following a sports injury, and subsequently developed a dependency on heroin. Faculty encouraged students to identify areas of health care intervention, which sparked a lively discussion among attendees. The event closed with Mellissa Sager, JD, staff attorney at the School of Law, presenting an overview of the Good Samaritan Law and an update from a Baltimore City Health Department representative, who described the city’s response to the opioid overdose epidemic.

This training proved to be a huge success, with more than 55 students attending the Saturday morning training to take action on this important issue. Considering the interest in this event and the urgency of this public health epidemic, the BAHEC plans to host another training in the fall. Everyone at UMB has a role to play in reducing opioid overdoses, and this event provided an opportunity for students, faculty, and staff to become more empowered to do so. 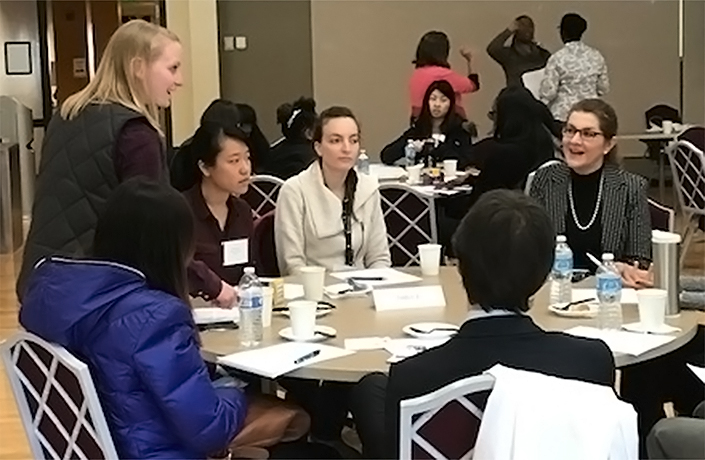