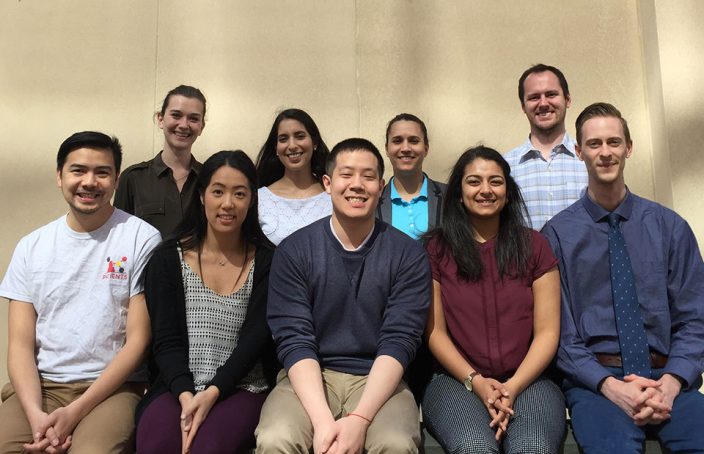 Students, faculty, and staff from the School of Pharmacy collaborated with the Community Engagement Center at the University of Maryland, Baltimore (UMB) to organize new workshops for the center’s ongoing “Healthy Living” series. The team created three interactive classes focused on promoting healthy minds and healthy lives. Community members across West Baltimore were invited to attend the classes and meet and participate with health professionals and guest speakers in group discussions that explored topics such as mental health, stress, and cancer.

Members of the School’s Phi Lambda Sigma Leadership Society (PLS) and College of Psychiatric and Neurologic Pharmacists (CPNP) student chapter, as well as faculty and staff from the PATIENTS Program helped organize and lead the first three classes, which were attended by dozens of community members in total. The classes took place on Thursday afternoons throughout the month of April, and focused on discovering what mental health topics were most important to community members and how we could provide individuals with the resources and skills needed to address these topics.

According to a 2015 report by the Baltimore City Health Department, 23 percent of Baltimore’s adult population does not receive adequate mental health services. This unmet need has led to some serious consequences for the community, including increased rates of homelessness, incarcerations, and unemployment. Hosting these workshops, particularly at this time, was crucial not only for us to gain experience as future health care professionals, but also to help improve the lives of people living in the city.

The workshops focused exclusively on issues associated with social stigma. Participants in the workshops unanimously agreed that social stigma is often a major barrier when an individual considers receiving mental health care. Mental health issues such as substance abuse, depressionaffected by fear, public perception of the issue, stereotypes, prejudices, and discrimination were thoroughly debated and discussed. The participants agreed that these factors could prevent an individual from getting a proper mental health assessment, and ultimately contribute to an overwhelming number of social and domestic issues such as crime, domestic violence, and unemployment, as individuals who are experiencing mental health issues are less likely to take care of themselves or reach out to receive care in general.

The three mental health workshops that we hosted were a part of the ongoing “Healthy Living” series at the University’s Community Engagement Center, and were held on April 6, 13, and 20.

The first session addressed the topics of depression, grief, and post-traumatic stress disorder caused by violence. The workshop was led by Kelly Quinn, coordinator for the Community Engagement Center, and featured a presentation by Donna Audia, RN, HN-BC, reiki master from the School of Medicine’s Center for Integrative Medicine, who discussed healing through energy and other issues related to mental and physical health.

Held April 13, the second workshop featured a fruitful panel discussion with faculty from the School of Pharmacy, including Joey Mattingly, PharmD, MBA, assistant professor in the Department of Pharmacy Practice and Science (PPS), Katy Pincus, PharmD, BCPS, assistant professor in PPS, and Jason Noel, PharmD, BCPP, associate professor in PPS, as well as Adrienne Anderson, BSN, RN. Experts and local community members shared their experiences during a round table discussion about mental health. Issues such as smoking cessation, insomnia, stress, anxiety, asthma, access to mental health care, and crime/safety, as well as community involvement were discussed.

In the final session on April 20, Ms. Audia returned to talk about stress relief, breathing techniques, and her experiences as a health care professional. In addition, Dr. Mattingly and Emily Heil, PharmD, BCPS-AQ Infectious Diseases, assistant professor in PPS, were present to facilitate the discussion. Pharmacy students spoke about different local resources for mental health support available in downtown and West Baltimore.

The three workshops organized to address the critical topic of mental health in West Baltimore had a lasting impact on the community. These workshops became a platform from which local community members could gather and share their personal experiences. The classes also allowed student pharmacists to bring awareness to some local resources currently available for people in the community. Faculty members and staff from the Community Engagement Center expressed their hope to bring more events hosted by student organizations from the School of Pharmacy to the community to help increase student involvement in establishing new workshops for the community in the near future.

But most importantly, these workshops were a platform from which we were able to raise awareness about the stigma associated with mental illness like never before, leading to discussions that were fruitful, impactful, and will have long lasting outcomes.

“These three workshops were phenomenal, and had a tremendous impact on the community members, serving as a bridge to help students from the School of Pharmacy learn how to better serve the local community, especially those individuals facing mental health problems,” said Kemahn Jones, a community health intern at the Community Engagement Center. “Community members had an opportunity to meet new, like-minded individuals and learn a great deal of new information to help them moving forward. 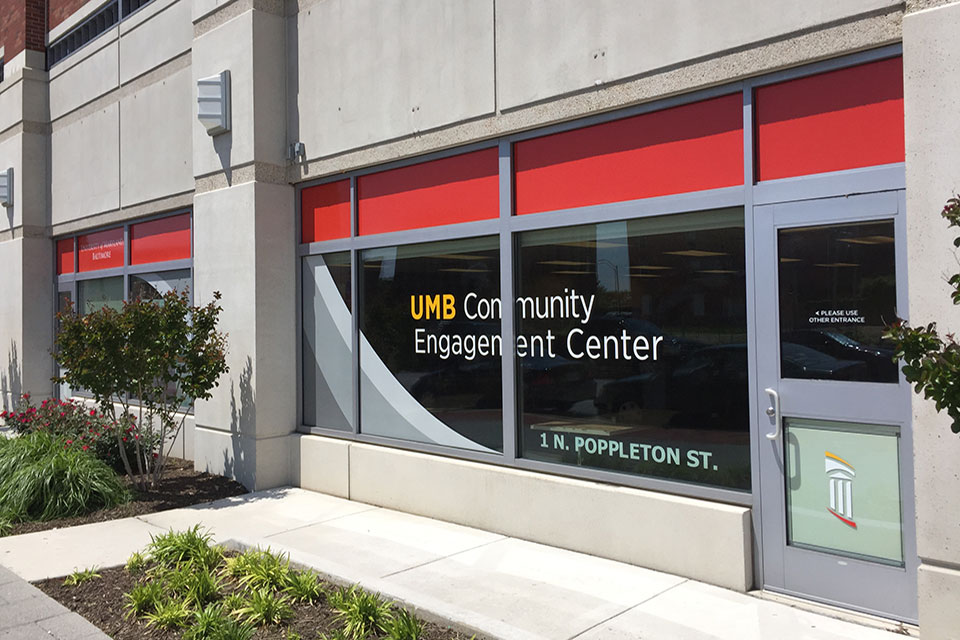