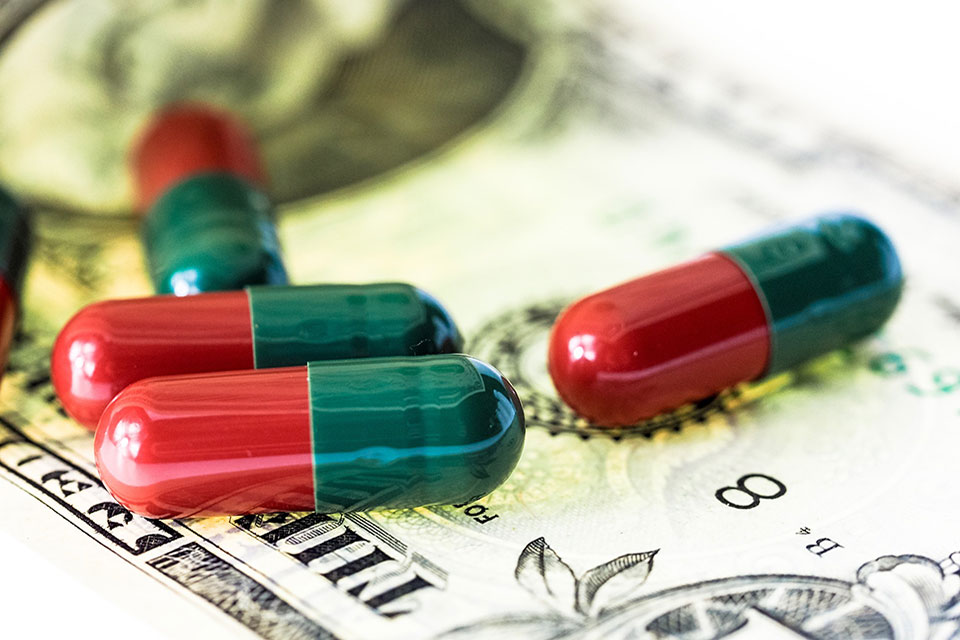 On April 24, two teams comprised of graduate students from the Department of Epidemiology at the School of Medicine and the Department of Pharmaceutical Health Services Research (PHSR) at the School of Pharmacy engaged in a professional dialogue about the advantages and disadvantages of the “Medicare Access for All” Bill (H.R 676) proposed to Congress in 2015, which would mandate that all individuals residing in the U.S., including any territories, be covered under the Medicare for All Program, entitling them to a universal, best quality standard of health care. The debate was motivated by recent political discussions, which have strongly argued for health care to be recognized as a human right.

While some proponents of the bill are in favor of moving to a single-payer national health care program to help resolve America’s health care crisis, others have expressed concerns about having a single payer health care system. For example, the annual report published by the Centers for Medicare & Medicaid Services in 2015 revealed that its Part A trust fund (hospital insurance) will be exhausted in the next 15 years. This would, in turn, lead to a cut in benefits and increased payroll taxes, or divert funds from the rest of the federal budget to cover the nation’s health care.

Analyzing the Issue from All Sides

In light of these discussions, the student chapters of the International Society of Pharmacoepidemiology (ISPE) and International Society of Pharmacoeconomics and Outcomes Research (ISPOR) at the University of Maryland, Baltimore (UMB) organized a formal discussion around this topic, and gained insights from participants, judges, and the audience on potential ways to advance health care in the United States.

The participants were required to debate on two key aspects of the bill:

The debate was conducted such that each team delivered their opening statement, which was followed by their arguments for or against the eligibility requirements and costs that this bill would incur or save.  The teams also had an opportunity to rebut the opposing side’s argument. The debate ended with each team delivering a closing statement.

The debate was judged by local leaders in health policy, including:

In addition, the audience had an opportunity to submit paper ballots with their vote for the team they felt won the debate. The three judges used this feedback, along with their own insight, to select the winning team.

Putting Forth a Persuasive Argument

Team A – which included Chigoziem Oguh, Rachana Regmi, and Christina Greene, graduate students in the Department of Epidemiology at the School of Medicine — was in favor of the bill. Their key arguments addressed improving what they called a “disjointed” health care system, including coverage for mental health and substance abuse care, which can vary by state, and moving towards a more streamlined national health care system. The premise of their argument was that uniform access to care would help reduce disparities and ultimately improve health outcomes.

Team B – which included Martin Calabrese, Kyungwan Hong, and Bansri Desai, graduate students in the PhD in PHSR program at the School of Pharmacy — opposed the bill. Their key argument was that the bill could lead to a decline in quality of health care with no impetus for innovation. They insisted that the bill provided few specifics on exactly how a “Medicare for all” system would be implemented and funded. For example, would such a generous health care system lead to increased taxes for United States citizens? Of note, Team B was not opposed to the concept of a national health care system; however, they felt that this bill lacked important details about the implementation of such a system, and thus, they could not support it without the aforementioned issues being addressed.

Lessons from which Everyone Can Benefit

At the end of the debate, Team B was deemed the winner based on the judges’ decisions and input from the audience poll.

Through this debate, the UMB student chapters of ISPE and ISPOR aimed to encourage discussion and conversation as tools for shaping a health care system that can be beneficial for all stakeholders. The event also served as a platform for participants and audience members to network with local leaders in health policy.

However, we would be remiss not to acknowledge that discussions about issues like Medicare for all, free market health care, and the Affordable Care Act all seek to address the same issue — financing health care for all U.S. citizens. Our country needs fresh conversation on how to repair our health care system, and a system that can simplify health care delivery and provide all individuals with access to basic health care services at a reasonable cost will win the day.